The Owl and the Moon

It's 4:45 am on a Sunday and the bars are closed and everyone is flying home. In a low murmur he hums "Hoot, hoot-hoot, hoot" in a four-syllable cadence then repeats the rhythmic call. The faint light of dawn is an hour away and who wants a warm bed on a cool morning "Hoot, hoot-hoot, hoot?" After several minutes, from the next field over is a response, "Here I am" in a sweet higher pitch and as I hear this flirting from under my toasty covers I wonder if we'll have owlets this summer? We love our owls. They are so cool. During my day-time job I'm at a convention for art teachers and I'm calling out to each passerby the equivalent of "buy my product" asking with a friendly open-ended question and an owl saunters by and I receive a text message from The Matrix: "Follow the owl over the moon." 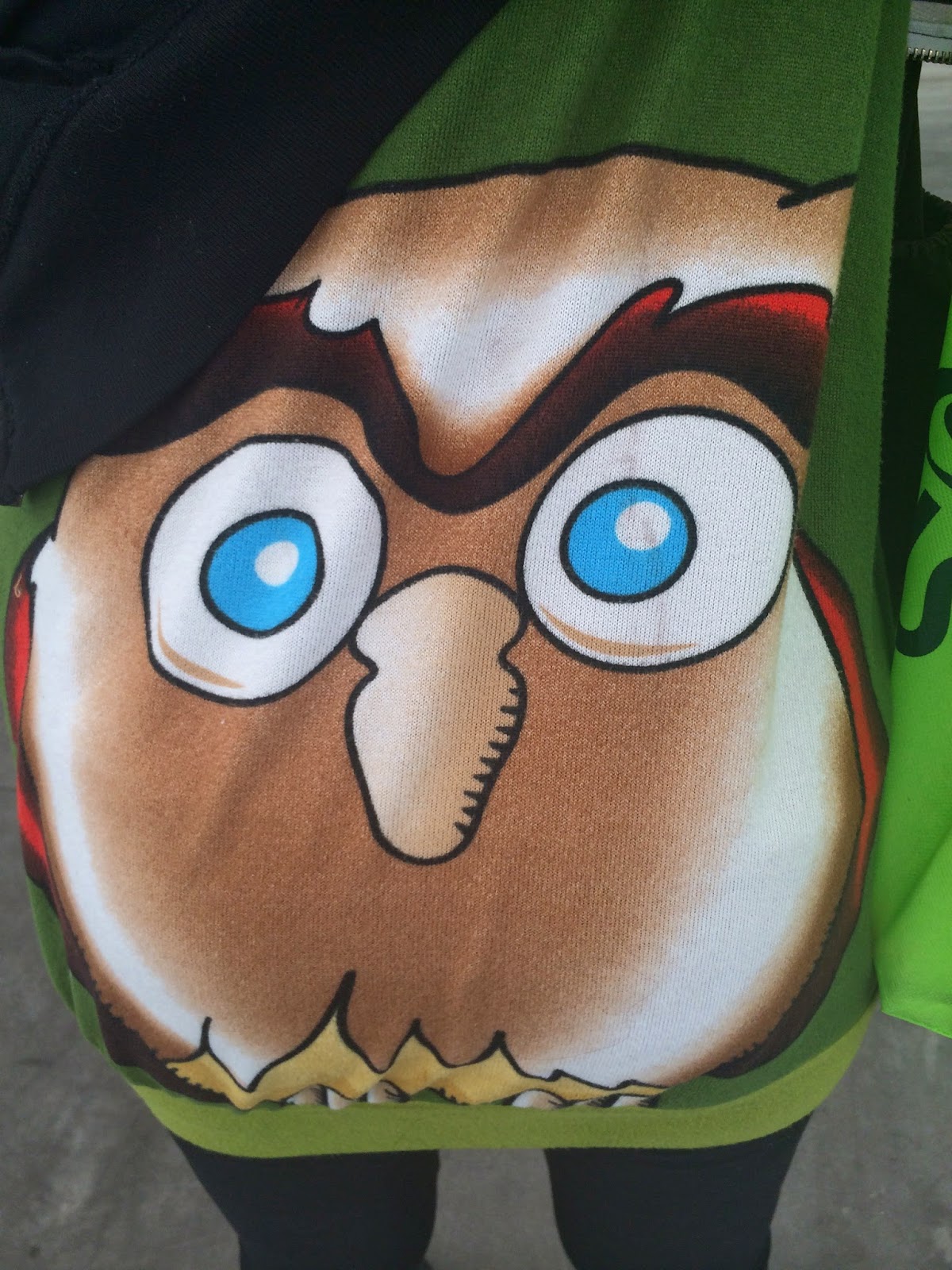 Posted by Craig Justice at 7:27 AM No comments:

The state of the vineyard on this day, two weeks after 4" of rain fell and afternoon temperatures returned to the seventies, hitting 80 F degrees yesterday and today. The concern is drought.

With the first buds breaking back in February, it seemed bud-break would be early. Indeed, overall bud break seems to be about "normal" for this time of year, which is why I wanted to document the status of everything with photos.

What's different this year is the Duriff / Petite Sirah vines at the bottom of the hill are behind the others, when usually they are the first to breakbud, bloom and ripen. This could be a good thing, and add more balance and a more even ripening this year. Also, the Tempranillo at the bottom of the hill have started earlier this year than at the top.  As the top tends to ripen faster - again, this could result in more even ripening this year.  We shall see. We shall see. I'm not counting any grapes until they're picked.

In summary, the Tempranillo and larger Petite Sirah are in full bud-break with some shoots above the first wire, with the Tempranillo at the top of the hill lagging.  The Grenache are in full bud-break and throwing out shoots and grape clusters - last year they were the last to bud-break and this year they are also among the first.  The Zinfandel and the Aglianico are showing the first signs of budbreak, with baby shoots emerging from their woolen cocoons. Their coming out a bit later is "normal" for our vineyard.

Despite the warm weather, there seem to be only two active gophers at the moment. I saw Owl Gore flying overhead the other night. There have been some crickets but no serious damage - we laid some cricket bait for them just in case. The leak specialist swears there's no major leak in the piping. We started pruning in early February and finished three weeks later. Bluey oversaw the pruning and the last blending of the 2011 and 2012 wines. We did a dormant spray February 22 of 2% organic stylet oil. No lime sulphur was used this year - so we'll see how mildew attacks later this Spring. The new spraying manager swears there will be no mildew on his watch. We shall see. We shall see. This is also the man who said he could drive his ATV all over a vineyard.  Lots of Luck. Thank goodness he didn't roll over and die before giving up. We managed the vineyard properly by irrigating heavily after last year's harvest, twice.  In addition to the irrigation, there was also a good rain back in November, the last one until the big rains of February 27th, which dropped 4". On the to do list: purchase organic compost; finish tightening wires.  All photos taken March 16th, 2014.

April 27th update - The Tempranillo vines are well above the second wire. Most of the Tempranillo, Petite-Sirah and Grenache are flowering - with flowering finished on some of the clusters and baby grapes beginning to appear. No irrigation yet of the Tempranillo and Petite Sirah. They are a "jungle" already - and much "thinning" is required to remove extra shoots and to remove even shoots with grapes as the foliage is just too thick.  The Aglianico and Zinfandel are more under control. The four inches of rain made a big difference.

Posted by Craig Justice at 1:56 PM No comments: