On the seventh day of creation the Lord God rested and looked upon all he had created and it was good. As the Lord rested he became bored because he was too young to retire and when you retire you die and it was too early for man to declare God is dead. So the Lord thought of creating a new creature in his own image, neither man nor beast, a creature to reflect the radiance of God and to be God’s companion. And God thought about this for a few minutes, which became hours, then thought on it some more.


Now in those days a minute for the Lord in heaven was a century on earth and as the Lord pondered this new creation the grapevines enslaved Adam and Eve and all their descendants and the people groaned under their bondage and cried out for help and their cries rose up to the Kingdom of Heaven. And God heard their groaning and took pity and remembered the good times he had had with the man and the woman before all that monkey business with the apple and the serpent and the Vine. The Lord pitied the man as he spent all his time in the vineyard and none with his wife. Man needed companionship, so the Lord took the bone from the leg of lamb the priests had sacrificed at the alter because the aroma of grilled lamb was most pleasing to the Lord.  So he took the bone of the lamb and molded it into a new creature and breathed upon it saying “I give you the Holy Spirit.” And the Lord breathed life into the creature which had four legs, fur and a damp nose and said, “Since you are made by God and contain the spirit of God, you are the mirror image of God and I shall call you Dog. Go forth and be a faithful companion to man.” And God released the dog into the field where shepherds kept watch over their flocks by night. The dog rounded up the sheep and brought them to the man and the man was amazed and when the man went to sleep that night the dog lay next to him and warmed him and guarded both the man and the sheep from wolves.  And the man and the dog formed a bond that would never be broken and man’s companionship with Dog liberated man from his enslavement to the Vine.  And to his wife.

Copyright (C) 2015, All Rights Reserved.  Craig Justice from the forthcoming novel  "About That Wine I Gave You"

Email ThisBlogThis!Share to TwitterShare to FacebookShare to Pinterest
Labels: About That Wine I Gave You, Vineyard Dog

There Will Always Be Paris 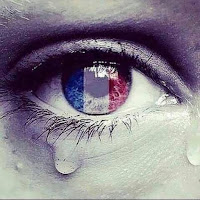 In my lifetime in 1980 there was an explosion on Rue Copernic not far from the Place Victor Hugo which features a vigorous fountain of pulsating water a short walk from our apartment. The synagogue had been bombed and Parisians knew that an attack on some of us is an attack on all of us and there was outrage and stepped up vigilance. Two years later there was an attack in Le Marais - the heart and guts of the old city - at Chez Jo Goldenberg's restaurant where I used to go whenever I had a cold to get a penicillin dose of matzah ball soup. It was a horrific, bloody assault - the terrorists tossed in a grenade then entered with automatic rifles and shot at survivors. The site was chosen because it was associated with a certain tribe from the Middle East - but an attack on one of us is an attack on all of us and once again there was much outrage and vigilance. In the fullness of time those troubling times passed and things settled down.

Today we say je suis Parisian and I'm really not French, but anyone who has been to Paris feels the soul and enchantment of the city and the city is in us and we all dream of going back. At least most of the people I have met in my life.

Neither am I a New Yorker so I can't say what it feels like to be a New Yorker but more than a dozen years after the attack on our great national city I can't drive by on the New Jersey Turnpike or cross the George Washington Bridge or step foot in Manhattan without thinking about  the missing towers and what happened on September 11th and the last desperate act of hopelessness for the jumpers and the people buried alive then crushed by the falling towers. In the same way I can't walk by the fountain at Victor Hugo without thinking about the bomb at the synagogue nor walk through Le Marais without thinking about the spot I sat where a grenade went off. There is only a plaque there now and a retail store but I remember and so do the people. 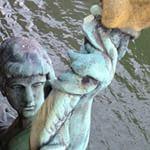 I was in New York a couple of weeks ago and it was a perfect day and life doesn't get better than that and I was thinking how good it would be for us to meet again in Paris and the education technology exposition I was dreaming to attend is next week.

New York is resilient and so is Paris. In my youth, there were terror attacks. And to think that just 15 years before my birth Paris was occupied by a terrorist, warring state run by Nazis. She survived and good times returned. This too shall pass. And as sure as the sun will rise there will occasionally be stormy days.

France is the oldest ally of the United States and we'd still be part of Great Britain's commonwealth  if it weren't for the French and the aid they provided to General Washington at Yorktown, Virginia. Like all old couples there have been our share of lover's quarrels and conjugal spats. I see President Chirac's warnings to President Bush 43 about the dangers of invading Iraq as one of those disagreements between friends. The French - who had had colonies in the Arab world - knew what a hornets' nest the place could be for armies from the West and urged caution before invading. We could agree to disagree - but we will not be divided from our notres chers amis francais. 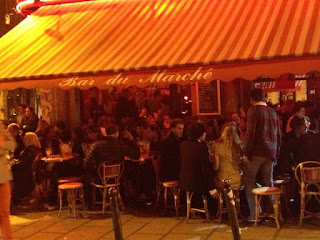 Posted by Craig Justice at 6:18 PM No comments: